How This Startup Stopped, Frauds Happening In The Insurance Industry?

The first word that comes to mind after listening to the word Insurance is PolicyBazaar, this is the kind of image that PolicyBazaar has made.

Have you ever bought an Insurance Policy from an agent? If yes, then how was your experience??

In most cases, it is found that people end up buying a policy that is not best for them instead, the policy that can bring more profit to the agent.

The lack of awareness and knowledge is the biggest problem people have.

Insurance is only considered as the tax-saving instrument and this might be the reason why the highest numbers of the policies that are bought are in the period of January-March.

The main purpose of an insurance policy should be to cover the loss due to any damage or contingency but most insurance agents show it as an Investment Plans.

To solve this problem PolicyBazaar comes into existence.

It provides you all the details and information regarding different policies under the same category so that you can make the best decision based on your requirement.

Top 5 Fintech Startups in India is a series of articles that StartupGyaan has brought for you, where we will be covering ins and outs about the top fintech startups in India.

PolicyBazaar.com is a web-aggregators for Insurance Policies in India. It enables its users to compare different policies and opt for the best one.

It is focused on transparency where the kind of policies is not shown to you based on the amount of commission they will get.

After comparing you can directly buy insurance from their website with just on few clicks.

The Idea to start PolicyBazaar

In his ‘Josh talks,’ he said, he was always guided towards getting settle or do to do some government job or some stable corporate job, but from the very beginning, it was not something that he wanted to do.

Stable life never attracted him where everything is pre-decided, how much he would earn, when he would get retired, how much pension he will get, all these were very monotonous for him.

His entrepreneurial mindset never let him settled down.

He completed his electrical engineering from IIT Delhi, except that he is an Alumni of IIM Ahmedabad and has done his MBA from INSEAD.

He started running a coaching center at home after completing his education, but his family members never supported this, saying, despite having all the degrees you are doing such things.

Because of that, he had to join a corporate job. He worked there for 5-6 years with full commitment and garnered some money and experience out of that.

The last company he worked for was an Insurance Company and he observed that some insurance agents were fooling people to sell the insurance that is profitable for them and not for the buyer.

Even, his father who was a retired army officer was deceived by a known one.

Insurance Agents only used to tell about the policies that can get them high commssions.

He decided to enter the game to mitigate the chances of fraud that is happening in the market in the name of Insurance Policies.

Policybazaar was founded in 2008 by Yashish Dahiya, Alok Bansal, and Avaneesh Nirjar.

Till now Policy Bazaar has raised a total of $766.6 Million

It is an aggregator website for various policies and they have tied up with different insurance brokers to list information like Price, benefits and Insurance Cover, etc.

More than 250 insurance plans of more than 50 brands are available on their website.

You can compare and buy an Insurance Policy as per your requirement not on the basis of the commission an Insurance Agent will get.

The company doesn’t charge from its customers instead it is charged from the Insurance Company itself.

The most focused area of Policybazaar was on transparency, imparting free knowledge about Insurance Policies and the technology.

Technology helped them to create a user-friendly platform and currently serving more than one crore customers, according to the data from Policybazaar.com

Top 5 Fintech Startups in India on the basis of valuation 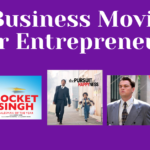