PhonePe was founded in 2015, looking at the potential of this startup Flipkart acquired it and the PhonePe App was launched in the year 2017. This proved to the best decision by Flipkart.

Currently, PhonePe is the 2nd largest fintech startup after Paytm with a valuation of $5.5 Billion and spreading its services in sectors like Insure tech, Mutual funds, and Stockbroking as well.

In this article, we are going to discuss about the services offered by PhonePe, Strategic Decisions by it, and how it helped in revolutionizing the entire Digital Payment ecosystem.

The biggest problem buyers face while buying online products from the platform is paying money. UPI could solve this problem.

The PhonePe was founded in December 2015 by the former executives of Flipkart, Sameer Nigam, Rahul Chari, and Burzin Engineer.

It aimed at providing the Unified Payment Interface to the mobile users that can be directly linked to the Debit Card, Credit Card, and Bank Account of the customer and can ease the online payment.

What does PhonePe do?

It was launched to provide UPI services to the average Indian people and boost the culture of digital payment but later on, it diversified its portfolio to many other services like insurance, tax-saving instruments, and Mutual fund as well.

PhonePe enables its customers to pay using UPI and merchants to accept that payment, it also has the option to pay through Payment Wallet.

It has a large contribution to creating the entire digital payment ecosystem. PhonePe was the first app to launch the UPI feature, where you can directly pay from your bank account.

In October 2017 it launched the PhonePe POS device, which looks like a calculator that is shown in the image below.

This enabled merchants to make more informed decisions and can easily collect the payment. You can check how it works here.

PhonePe’s Switch Platform helps customers to order their favorite food and groceries by booking a hotel or flight from the PhonePe App itself, it creates convenience for the customer and it helps partner businesses as well to acquire more customers.

The main focus of this platform is to increase customer convenience and bringing together all the necessary and helpful apps in one place where customers can switch from one app to other easily.

You can also invest in Tax Saving funds through its platforms. PhonePe claims to provide you more return than other investments in section 80C that is how you will not only save tax but will be able to generate more return as well.

Phonepe was the first digital platform that launched the feature to invest in IPO using UPI.

Except for all the services mentioned above you can recharge your phones and DTH, pay electricity bills as well.

PhonePe earns money via commission on the purchases made by customers like ordering food, buying clothes from E-commerce stores like Myntra, Flipkart.

It also charges some fee to promote other apps on its Switch Platform and on recharging phones it gets some commission via this mobile network operators.

PhonePe contributed around 42% of the total UPI transaction in February that shows the credibility, it has created.

The app was downloaded by over 10 million users within three months of its launch. Currently, it has over 304 million registered users and is accepted over more than 20 million stores that include from Small Kirana Stores to even large shopping malls. It is available in over 11 Indian languages.

In February PhonePe launched the chat feature in its mobile app through which users can interact with each other while making payment, this can act as an additional layer of safety while transferring the amount.

It became the first platform to cross over a billion transactions in March 2021 and is leading the online payment segment.

In the UPI segment, Google Play is its biggest competitor. After that Paytm and then Amazon Pay.

As per the data by The National Payment Corporation of India(NPCI), Phonepe has around 47.43% market share and Google Pay is sitting on 38.53%.

On the other hand Paytm contributes to 7.47%, source from Inc42.com

Despite many big players in the industry Phonepe has managed to lead in this segment.

After Paytm it was difficult for any start-up to create its separate space in the online payment segment but because of its strategic moves, collaborations, and entering the market with UPI, made it the market leader in Unified Payment Interface(UPI).

That proves that it does not matter how tough the competition is if we play strategically, we can succeed.

The innovative products and the collaborative approach helped PhonePe in becoming a mandatory application for almost all smartphone users. 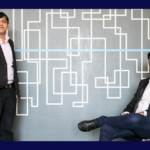 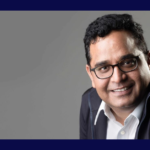 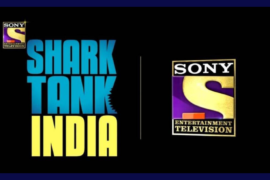