In this article, you will get to know how “Uday Kotak” became the richest banker in the Asia and 5th richest man in India.

We will discuss what was his life story, Business Strategies, and The Success Mantra which made Kotak Mahindra, the 3rd largest private bank in India.

How, despite many uncertainties and high competition, he managed to maintain the good fundamentals of his bank.

How many times it happens that we get the opportunity but miss it.

But Uday Kotak Ji always believed in seizing the it, let’s see how?

Uday Kotak was born in 1959 in a Gujrati Middle-Class family. It was a joint family so more than sixty people used to live under a single roof.

From the very beginning, he was a meritorious student.

He completed his graduation from Mumbai University and after that, he joined Jamnalal Bajaj Institute of Management Studies to pursue his MBA.

He was also a good cricket player and wanted to make it his career. But in the first year of his MBA, he met with an accident.

While playing he got a serious injury because of which he couldn’t attend college properly and had to drop one crucial year of his studies.

In that one year, he worked in his family’s Cotton Trading business.

When he joined his MBA again, after one year of a gap, he realized that he would not be able to pursue his career in cricket.

Afterward, he started focusing more on his studies.

He did his summer internship in ‘Hindustan Unilever’ which offered him a full-time job offer as well.

But his father provided him one more opportunity.

His father offered him a 300sqft free space to start his business. Now he had two choices either to accept the job offer or to start something of his own.

At that time Uday had some knowledge of finance but was still unclear about what business to start.

But as the rule suggests he didn’t miss the opportunity.

After rejecting the job offer, he did some experiments in his business and he found an opportunity.

One of his friends, who was working in Nelco, which comes under Tata Group, told him that the company faces problems in arranging Working Capital.

To arrange the money Nelco used to borrow loans from the others bank for 90 days against a 17% interest rate. On the other hand, general saving account holders used to get only a 6% return on their deposit.

Here Uday Kotak saw the opportunity and asked his relatives to deposit this money to him in exchange for a 12% interest rate instead of 6%.

He created a win-win situation for both the parties and because it was the part of Tata Group, everyone was ready to bet on it.

Then he went to Mahindra’s and talked about this business plan with Anand Mahindra.

Anand Mahindra found it very interesting and he got the deal from his side as well.

After that, he never looked back

“The trouble with opportunity is, it never announces when it comes. It’s only after it’s gone you’d realise that you missed it”

When we start, we tend to do all the tasks by ourselves. But instead of benefiting, it increases the stress and pressure.

We use short-term growth strategies which leads to long-term damage.

He was running his business as the subsidiary of his family business but in 1985 he registered ‘Kotak Capital Management Finance Ltd. as a separate entity.

Trust and Partnership with Mahindra

He knew that the foremost thing in the Finance Business is ‘Trust‘. In the beginning, he asked for funding from his rich relatives and then he went to Anand Mahindra.

He also asked to use the “Mahindra” brand as it had the goodwill and the trust in the market and because Anand was aware of his capabilities, he agreed upon that. That is how the partnership between Kotak and Mahindra started.

He raised a total funding of Rs. 30 Lakh initially and started his business in 1986.

Previously he was in the business of Bill Discounting. Later, he started with Stock Broking and Lease Broking.

But the main opportunity came on the way when Citi Bank started Car Financing in India in the year 1989.

As it was the only bank to provide ‘Car Financing, the interest which they used to charge was 30%.

At that time Maruti Cars were in demand but the waiting period used to be around 6 months.

Again, he observed an opportunity in the market.

He started ordering around 5000-6000 cars in one go and started offering cars at the time of the down payment itself.

Because of the instant delivery of cars, people started borrowing loans from Kotak instead of any other bank.

After growing that business to a certain level, he decided to enter into a partnership with ‘Goldman Sachs’.

For that, he had to do a lot of hard work. But he got the deal and in the year 1995 joint venture with Goldman Sachs started.

In the latter year, he also entered a partnership with Ford Credit to grow the Car Financing business.

All this decision led to the exponential growth of Kotak Mahindra Bank. All this happened because of the right decisions and the partnership at the right time.

“Don’t make the wrong choice between shortcut growth and a sustainable career, and character is what will get you there”

His 3rd rule of success is ‘Always Innovate’ but whenever you will innovate there will be competitors and the risk of imitation.

But to overcome this risk you must innovate continuously.

The Joint Ventures were running smoothly, and he bought out some of the shares of Goldman Sachs.

Gradually he expanded his business stream in various fields like

In the year 2005 Kotak even acquired the ‘INGVYSYA’ bank.

He works on the simple logic do not invest in a business that you don’t understand.

“Do not take an equity-type risk which could bring you debt type of return.”

The simple reason for that is, he always focuses on maintaining good fundamentals.

Except that considering continuous innovation he always emphasizes improving and upgrading the technology.

Apart from that, services like virtual debit cards and the online loan approval process are also available on their platform.

Now you all can guess why Kotak Mahindra Bank is the 3rd largest bank in India.

He is one of the highest-paid CEO of India with Rs. 27 Lakh per month although in this pandemic he has reduced it to Rs.1 only.

He has the vision of creating a company like ‘JP Morgan’ and ‘Goldman Sachs’ from India which is why even at the age of 62 he works so passionately.

That is the reason he always encourages innovation.

“When a lion doesn’t get its prey, it remains hungry. When the prey saves himself, he has not won, but has saved his life.”

There are so many insights and learnings we can get from the life of Uday Kotak. I tried to mention some of those in this article hope you enjoyed reading it. 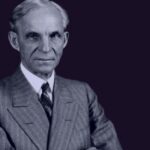 Zostel, The Founder Story and Learnings