An Indian Crypto Currency That is Disrupting Global Crypto Market

If you would have invested Rs.1000 at the beginning of the year 2021 in Matic Cyptocurrency that could have valued more than Rs.150,000 till May.

Polygon Matic is an Indian Origin Crypto startup that has entered into the list of Top 20 Crypto Currencies in the world.

Jaynti Kanani was born in a village near Ahmedabad, Gujrat. His father was a worker in a diamond factory. He belongs to a very poor family, his parents didn’t have the money to pay his school fee, but somehow, he managed to complete his schooling.

Later on, he joined an engineering college. At that time the only goal he had was to get a decent job and repay all the debt his father borrowed for his schooling and his sister’s marriage.

After completing engineering college Jaynti, got a job. But after some time, his father had to leave his job because of vision impairment. Jaynti had to borrow a loan even for his marriage.

Later on, he got a job in Housing.com as a data scientist but he wanted to switch to Product Manager.

As Jaynti was always a curious person, he used to work on his side projects. So he decided to something of his own.

At that time Game of Thrones was getting popular and after each episode, people used to talk about the character that is going to die in the next episode.

Jaynti thought of building a platform where people can bet on which character is going to die in the next episode and the person who will get a monetary reward.

At that time a game named “Crypto Kitties” was launched and but that was taking too much load on Ethereum Blockchain that was causing blocking of system.

At that time he thought of solving this problem via Matic Network.

What is Polygon Matic?

Jaynti Kanani talked about it to Sandeep Nailwal, and Anurag Arjun and started Matic Network in the year 2017. Later on, Mihailo Bjelic also joined as a co-founder. In February 2021 it was renamed Polygon.

The founders of Polygon said Matic is a part of Polygon and we will keep adding the new features till its lifetime.

It is a Layer 2 scaling solution for Ethereum and is created to enhance the transaction speed and scalability of Blockchain systems.

There are some other 2 Layers Solution providers as well like OMG Network, Loopring, etc. but Polygon has the highest number of features and advantages.

Use Case of Matic Network

In the Decentralized world, the user interaction of people is a little less because of its complexity but Matic focused on solving them.

Currently, Ethereum is the largest blockchain network and mostly Ethereum Blockchain is used to create NFTs.

There are some problems in Ethereum,

But Matic solve this problem,

Currently, 1.7 million transactions are happening on Ethereum on the other hand on Matic it is more than 5 million.

More than 400 Dapps and many big DeFi Apps use Matic Network.

Also Read: Which is the best Crypto Exchange in India

In the starting blockchain and Crypto was not famous in India. That is why they faced problems while recruiting Developers.

Initially, they didn’t get the funding because the Indian Government had banned Crypto in India at that time thus no investor was ready to fund them and none of the founders were from IIT, which is why they didn’t have the access to VC network as well.

Without funding, it was difficult to compete in the global market because other Crypto and Blockchain-based startups were having strong entry with initial funding of millions of dollars.

Matic was only a platform that can be used to create Dapps (decentralized apps) but because it was not famous they found it very difficult to convince developers to create Dapps on their platform.

The founders of Polygon conducted various hackathons as well to spread awareness about the same.

But they didn’t step back, worked 15-16 hours a day, and now after two years of hard work they are getting some media attraction.

Now even Shark Tank star, Mark Cuban has invested in the their startup.

How Does it Work

Polygon solve mostly all the problems that Ethereum face but how does it do that?

This reduces the load on Ethereum that ultimately improves the functionality and makes it faster than before.

This is the simple definition of how it works.

Except that Polygon is also working on some other scaling solution.

Disclaimer: It is not investment advice this article is created only for knowledge purposes, it is advisable that before investing you must do prior research.

Also Read: Zerodha, How Did It Become the Best Stock Brokerage In India? 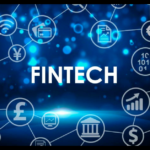 Top 5 Fintech Startups in India on the basis of valuation