Zerodha, How Did It Become the Best Stock Brokerage In India?

Zeoradha’s Story Behind The Success

The founder of Zerodha Nithin Kamath had to work in a Call Centre only for Rs.8000 per month now has $1.5 Billion of net worth.

How he reached this level, what was his story? What were the factors that made Zerodha the best brokerage in India without any technical knowledge, without any funding?

We will also discuss Zerodha’s

Factors that contributed to Zerodha’s Success

His First introduction with Stock Market

He had done his deep market research, and devoted years to learn and developing insights in this industry.

Nithin belonged to a Middle-Class family, his father was a banker and his mother was a teacher.

It was making a good amount of money while trading but in 2001 when the market crashed, all the earning that he made in the last 3-4 years were lost in that market crash.

But that didn’t stop him to continue it, he was so passionate about trading that instead of cursing the situation he learnt from it and made sure, he would not commit the same mistakes again

Now he didn’t have money to trade that is why he had to join a call center job in 2001 and there he worked for around 3-4 years. At that time he used to earn a salary of Rs. 8000 monthly.

He selected a night shift job so that he could trade in the morning.

One day in the Gym Nithin met with a person who was discussing about trading.

For managing his account Nithin started charging some percentage of commission and because he started making good money, he left his job in 2004.

Soon the number of clients started increasing and it became difficult for him to manage multiple accounts at a time so he decided to become a sub-broker of Reliance Money.

It is a system where we can link multiple accounts through one platform.

He worked there from 2006 to 2009. During this period he changed around 12 brokerage firms.

In the 2008 downfall, he made a good amount of money. His prior experience of stock market crash helped him

After working in 12 brokerage firms he realized that the standard of existing brokerage firms is not that good, the internet started arriving in India but all the firms were still conducting their business in the traditional manner.

At that time he used to run a blog as well that was getting good traffic. He took some feedback from there as and the feedback was that there should be a better brokerage firm.

He observed the scope of improvements and decided to start Zerodha

The other important factor of Zerodha’s success was he had a very wide vision but initially, he focused on only 1-2 problems.

Some early-stage startup commits this mistake that at the beginning itself they start focusing on multiple problems that ultimately lead to confusion, stress and undue pressure.

Zerodha aims to solve this problem and empower people to invest and trade in the financial market so that it can contribute to the Indian Economy as well.

Low Cost and Transparency were the main focus of Zerodha when it started.

Previously the fee charged by other brokers was 0.2%-1%, depending on the number of shares they buy and the amount of money they invest.

But Zerodha focused on charging a flat fee no matter the amount of money you are trading with.

The fee charged by Zerodha is Rs. 20 or 0.1% whichever is lower. This was a revolutionary decision.

To enhance the transparency in the system Zerodha included a brokerage calculator so that even before placing an order you can get the exact data of how much brokerage you have to buy to place that order.

It was another big move by Zerodha because it was trouble for traders to calculate the exact amount of brokerage that would be charged after placing an order in haste.

This calculator shows the Buy Price, Sell Price, Total Cost, the amount of brokerage that would be charged, and the amount of profit that can happen.

This was a new thing for the Indian stock market and he made it possible just by using a simple excel sheet.

Today Zerodha is known for its technology, but do you know initially the total investment in technology was only Rs. 16000 with no external investment?

Initially, he also went for funding but couldn’t get any and decided to bootstrap.

Nithin had a saving of around Rs. 1.7 crores which he decided to invest in his Idea.

Here luck helped Kamath, NSE decided to offer its technology platform for free to help new brokers but the amount of Rs. 1.7 crores were required to deposit as refundable security.

He didn’t miss this opportunity.

How did he get Back-Office software free for one year

Only a technology platform was not enough to create a tech brokerage company. He needed back-office software as well.

At that time a company was running Beta testing of its back-office software. That company offered it to Zerodha for Beta testing and they got that software for free for one year.

But we cannot say it was only his luck. It is rightly said that luck comes into existence when opportunity meets practice because he had developed deep insights about the industry and it was his years of practice that helped him to grab that opportunity.

Innovation is the Key

Low cost and transparency were an innovative move but except that their platform has a very clean interface and which makes it very easy to understand.

Usually, another trading platform seems very complex, and it was difficult for new investors to understand all these sophisticated graphs and numbers.

The other challenge a startup face is marketing to gain initial customers, so how did Zerodha market itself?

Nithin advertised his Zerodha on the blog that he used to run and he got the first 1000 customers directly from that blog.

Are the second most read blog related to the investment market.

By imparting free education they are empowering youth to invest in the stock market.

Also Read: Which is the Besto Crypto Exchange in India

The next big move by Zerodha was when it announced zero brokerage on Equity Investment. If you hold any shares for more than a day, you don’t need to pay any amount of fee on that investment.

It increased the number of users to 1.2 million from 70,000 users within a year only.

Demonetization also helped Zerodha to gain a high number of customers. Adhar link with the bank and KYC made it easy to register users on their platform.

This process used to take one or two weeks now it reduced it to a day or two.

Before demonetization, it had 70,000 that increased to 2X just in a month.

It was again a revolution. Zerodha Coin helps people to buy mutual funds without any distributor fee.

Previously these distributors used to charge 1-2% charges that used to become a big amount if we invest even in lakhs.

Zerodha provides very focused services that an investor needs in actual and it eliminated the other services like Advisory and Relationship Manager, etc.

It is an incubator fund that Zerodha started. Under this program, Zerodha invests around $1 million in fintech startups provide them office space, mentorship, and Zerodha’s database.

Zerodha has the biggest financial database in India. They have invested in 9 startups till now under this program like Cred, smallcase, etc.

All these factors in combination helped Zerodha in becoming the best brokerage in India.

Zerodha doesn’t charge any fee if you hold a share for more than a day.

It earns money through charges on Futures, Options, and Intraday trading. The maximum amount that it charges is Rs. 20 only but because of a high volume of transactions, they are generating a decent amount of revenue.

The biggest threat that Zerodha might face is competition. Various new ventures had entered into this field which also focuses on providing low-cost services with full transparency.

Because these new ventures are getting a good amount of funding scaling up becomes easy for them that can impact Zerodha’s growth.

Now Nithin Kamath and other co-founders Nikhil Kamath who is his brother and his wife Seema Patil are withdrawing a salary of Rs.100 crore annually. This could become possible only because of his consistent efforts, learning attitude and solving the real problem of the market. 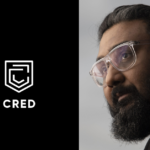