Everyone is on Clubhouse, and it is growing at a rapid pace, has raised millions of dollars of funding, but did you ever wonder how did clubhouse became so popular?

What were the business strategies followed by the Clubhouse that created FOMO (Fear of Missing Out), in almost every person using other social media and mobile phones?

Why does every person want to be at Clubhouse?

Paul Davison and India American Rahon Seth started working on Clubhouse in 2019 itself.

In March 2020, they launched its app on IOS phones after that it got a tremendous response and in May it got funding of $12 Million at a $100 Billion valuation.

In May 2021, it was launched on the Android App store as well and currently it is valued at $4 Billion.

It is an audio-only app, where you can indulge in live discussion and interaction with other members in a virtual room.

In this application, you can find different virtual rooms on various subjects like entrepreneurship, music, art, gaming, finance, and many more.

You can enter into any room and can listen to the conversation happening there. If you want to speak, you can raise your hand and the moderator can give you the access to speak where you can express your views and as questions as well.

How did Clubhouse Become so Popular?

It became popular when famous entrepreneurs and celebrities like Elon Musk, Mark Zuckerberg, Oprah Winfrey joined Clubhouse to interact with their audience.

In one year only it got more than 15 million users.

To disrupt the existing social media market clubhouse came up with innovative features.

Previously there were three main types of social media app:

Now all the social media applications are copying the features of other platforms. Instagram has included a short-form video feature through ‘Insta reels’, YouTube also launched ‘YouTube Shorts’.

But in the audio segment, there was the absence of a dominant player in the market, the founders of Clubhouse observed the opportunity and launched Clubhouse.

Only entering the new segment is not enough to dominate the market there should be some unique USPs as well.

Social Audio App is Easy to Use.

To create videos and shot a nice photo we need to wear nice clothes and hire a professional cameraman for a perfect shot, we must have a good background, a good camera, and perfect lighting after that a decent editing.

But to use clubhouse we don’t need any of them that reduces the production cost as well.

Talking on an Audio chat platform is much easier and less time-consuming than a photo or video shoot.

Ease of use empowered people to log in to their platform.

Clubhouse enabled people to directly interact with other people and ask questions, it focused on two-way communication on the other hand other social media apps were lacking in it.

On other social media apps, we can engage through the comments section only, but that was not that interactive and Clubhouse entertains people with interactive communication with participants.

Although Clubhouse differentiates itself from other social media apps there were some audio-based apps already in the market like Discord and Fireside, but why did clubhouse become so popular?

Just like Electric cars differentiate themselves from other cars by introducing software updates, and Smartwatches included unique features like measuring heartbeats, etc. similarly, Clubhouse differentiates itself by including some unique features.

We can not join Clubhouse just by downloading it, someone has to invite us only then we can use it.

It created FOMO (Fear of Missing Out) and people started asking for the invite. This initiated a talk about this app.

The reason given for it was they want to slowly build this platform by continuously working on the feedbacks, but this provided free marketing to Clubhouse.

Focused on Niche In The Initial Days

In the beginning, most of the users were entrepreneurs and investors

This helped to increase the engagement of existing users.

Facebook was accessible to Harvard’s students and gradually got opened for other universities and later on for everyone.

Listen to it Now or Miss it

The chats can not be recorded for later use, you can either listen to it when it is happening or you are going to miss it.

This creates a sense of scarcity.

People don’t want to miss talks by celebrities and entrepreneurs like Oprah Winfrey and Mark Zuckerberg that increased the continuous engagement.

Right now, Clubhouse is in Beta mode and monetization is not open now but they have started some monetization experiments.

This is a creator accelerator program. The Clubhouse will help 25 creators in building audience and monetization.

Through this, you can pay some amount of money to your favorite creators, and initially, they will not charge any commission on the same.

They are planning to experiment with Subscription, Tipping, Shoutout, and Charging Fee to enter into specific rooms.

This is a company that works as an influencer marketing agency that connects brands to Clubhouse creators.

All the above strategies helped Clubhouse in becoming popular in a very short time but this increasing competition can create a threat and it would be an interesting question, how long it will be able to differentiate itself?

Also Read: How an Indian Woman, Anjali Sud, made Vimeo a $7Billion Company? 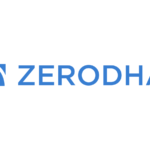 Zerodha, How Did It Become the Best Stock Brokerage In India? 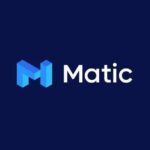 An Indian Crypto Currency That is Disrupting Global Crypto Market