In this article, we are going to discuss in detail, the Business Strategies followed by Serum Institute of India its founder, Cyrus Poonawalla, and his son who is the current CEO of Serum Institute, Adar Poonawalla.

How they reached this level, what were their strategies and how do they enjoy his richness and their philanthropy nature?

Cyrus Poonawalla was born in 1941, his father was a horse breeder, but very soon he realized his father’s horse breeding business does not have that much scope in India.

When he was only 20 years old he thought of pursuing his other passion ‘Car Racing’ and built a prototype of Jaguar, but he realized it will require a lot of capital.

Now he was pondering which business should he enter into? At that time he was working on his father’s stud farm.

They had large numbers of horses at their farm and old-aged horses were given to Haffkine Institute for free.

After researching he found scope in it because at that time there was a scarcity of vaccines in India.

But, the problem that arose, he was from a commerce background and was unaware of how to go ahead with this business.

Still, he hired some doctors and specialists from Heffkine Institute and started the ‘Serum Institute of India’ in 1966.

After 2 years of research and hard work, he developed a vaccine for Tetanus.

This shows that only passion doesn’t matter we must compare it with reality, because his father’s passion was in Horse Breeding and his passion was in the Car Racing business but still after realizing the truth he switched to creating vaccines.

Passion is an important thing but along with that, we must have the caliber, resources to pursue that, and more importantly, there should be the demand in the market.

Build a Business with Moat

It is a general rule if you want to create a business then create a moat around that by creating a competitive advantage.

His competitive advantage was mass manufacturing which reduced the per-unit cost of vaccines and because he was targeting people in mass, he maintained a low-profit margin that again helped to sell vaccines at the lowest price in the market.

Because of low prices, the general public from countries like India and Africa could afford it.

They focus on world-class equipment so that they can produce high-quality vaccines at the cheapest prices. Their prices of vaccines are one of the lowest in the world.

Cyrus Poonawalla says it is the requirement of our country, our aim should not be to earn money but to serve more and more people.

This shows the philanthropy attitude of Cyrus Poonawalla and that is the reason why he is so successful.

Their vaccines are sold in around 170+ countries and government institutions like WHO, Unicef buy their vaccines.

Create your own business according to your own USPs

Despite all this, he faced lots of problems in getting clean water, electricity, various permission to conduct its operations and land allocation, etc.

Maintaining high quality is very necessary for the vaccines business, otherwise, they would be blacklisted by the government.

At that time being profitable was a necessity because there were no investors who could invest in his business.

That is why in the beginning he only focused on vaccines.

He could have entered into Pharma products or some other streams but because he was aware of his USPs, he only focused on creating the best quality vaccines at the lowest price.

With growth companies try to raise funding from big investors and MNCs but he didn’t go for that, because he didn’t want to have any outside pressure and if it would go for IPO, then they have to fulfill all the regulatory requirements like showing results every quarter.

As there is uncertainty about every quarter profit in the vaccine business, so it can affect the daily operations of the Serum Institute, that is the reason he refused to launch their IPO as well.

Because it is a private company, they have the liberty to take fast decisions.

For the common diseases, they had already stored around 40-50 million vaccines in cold storage so that in an emergency like this pandemic, the world would not face a shortage of vaccines.

This strategy is not followed by other big players in the market but Serum Institute does, because Cyrus Poonwala is aware of their USPS.

That is why no one could compete with Serum Institute.

Adar Poonawalla, after completing his studies, in the year 2001, when he was 20, joined Serum Institute who is the son of Cyrus Poonawalla.

After working for 10 years with his father, in 2011 he became the CEO of Serum Institute of India.

But that was not enough, he started multiple other ventures as well that are not related to the vaccines business like:

This all could happen because Cyrus Poonawalla provided him with the opportunity and freedom to make his own decisions. They also invested Rs. 4000 crores to construct The Largest Vaccine Facility in Pune.

All these decisions were risky but the biggest risk appeared in Pandemic because of the Covid situation.

All the other companies were working for the covid vaccine on the other hand Cyrus refused to do so because of high research requirements.

But Adar Poonawalla collaborated with companies like AstraZeneca and before even completing their trials invested around $250-300 million dollars to expand their vaccine manufacturing facility.

This could have caused them the loss of thousands of crores of rupees. But because they took the risk, they are manufacturing covid vaccine in bulk even in this short period of time.

Now let’s discuss how they spend their money,

They have luxurious Bungalow in Pune and painting from famous painters like MF Husain and Vincent Van Gogh is hanging on their wall, except that they have their own theater.

Because he is in love with cars, they have top models of brand new luxurious and sports cars.

But the most stunning car they have is Bat Mobile, which is made after modifying the Mercedes-Benz S350.

They also bought a home of Rs. 750 crores in Mumbai where they spend their weekends, except that they have so many helicopters and a private jet, Gulfstream G550 that he used to travel or sometimes to call famous chef from Italy or France.

Adar Poonawalla has his one office in Airbus 8320

No doubt they have a very rich lifestyle, but they don’t lag when it comes to giving to society,

They have Adar Poonawalla’s clean city initiative, and for that, he ordered around 200 special trucks from Netherland.

Why Adar Poonawalla went to London amidst covid.

In the previous month he went to London because of excessive pressure he was getting and under this situation, he was unable to perform his duties.

Now Cyrus Poonawallala is the 9th richest man in India with a net worth of $12.7 Billion.

An interesting fact is, around 65-70% of total children on the planet have taken at least one short of Serum Institute of India

We should not forget was their hard work, risk-taking ability, and the business strategies that made Serum Institute of India, the world’s largest vaccine manufacturer. 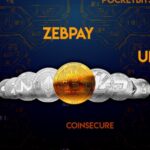 Which is The Best Crypto Exchange in India? 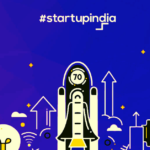 7 Schemes For Startups by Govt. of India